Acupuncture and the Mainstream Attention

In recent years, acupuncture has become more popular among doctors who practice traditional medicine based on the numerous amount of data researchers have collected over the years that verify its effectiveness in relieving conditions such as back pain, neck pain, fibromyalgia, chemotherapy-induced nausea and vomiting, and other conditions. Keep in mind that the technique of acupuncture most scientifically researched comprises of penetrating the skin with thin, solid, metallic needles, which are manipulated by a physician’s hand or intensified through electrical stimulation.

The popularity of acupuncture, according to the National Institutes of Health and the National Health Statistics Reports, may be a result of the “to the greater number of states that licensed practitioners between 2002 and 2007” (nccih.nih.gov, 2008). It was also reported that the number of people who used acupuncture as a form of pain relief increased between 2002 to 2007 from 2.1 million people to well over 3.1 million people. In 2012, that number increase to just under 3.6 million people.

If you live in the Chicago area and are interested in learning more about how acupuncture can help you recover from a specific condition, contact Progressive Acupuncture Wellness Center by calling (773) 786-9119 today and schedule an appointment. We would be delighted to hear from you.

The popularity of acupuncture has been highly influenced by increasing healthcare costs, which the Institute of Medicine has reported to be approximately “$560 to 635 billion in incremental healthcare and lost productivity, making pain a more expensive problem than heart disease, cancer, or diabetes” (theatlantic.com, 2015). This rise in healthcare costs have driven people to search for alternative solutions such as acupuncture and anti-inflammatory drugs to fight pain and discomfort. The big difference is the lasting effect acupuncture has compared to over-the-counter drugs; a person’s body can become resistant to these drugs when they are taken on a daily basis, and they can even cause gastrointestinal problems.

However, the body has immunity from acupuncture, for it directly targets the pressure points on the body to focus the pressure on the problem areas rather than affecting other body parts before locating the area it was intended. As human beings, our bodies are constantly growing, and we need to maintain a level on consistency with healthcare in order to keep up with our evolving bodies. As an avenue of alternative medicine, acupuncture is gaining more attention based on its inexpensive, lasting results. That is why Progressive Acupuncture Wellness Center in Chicago has established such a great rapport with our patients: we help you heal, relax, and grow, and we want to do that for you.

For more information on how you can benefit from acupuncture therapy, call Progressive Acupuncture Wellness Center today at (773) 786-9119 to begin your path to healing. 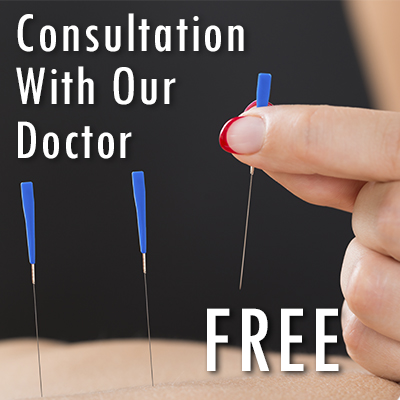 Ancient Chinese techniques are still considered some of the best in alternative pain relief medicine. Acupuncture will help accelerate your bodies own immune and repair systems.

Cupping Therapy can treat a range of conditions such as joint pain, muscle soreness, low back pain, upper back and neck pain, shoulder pain, fatigue, and even anxiety and stress.